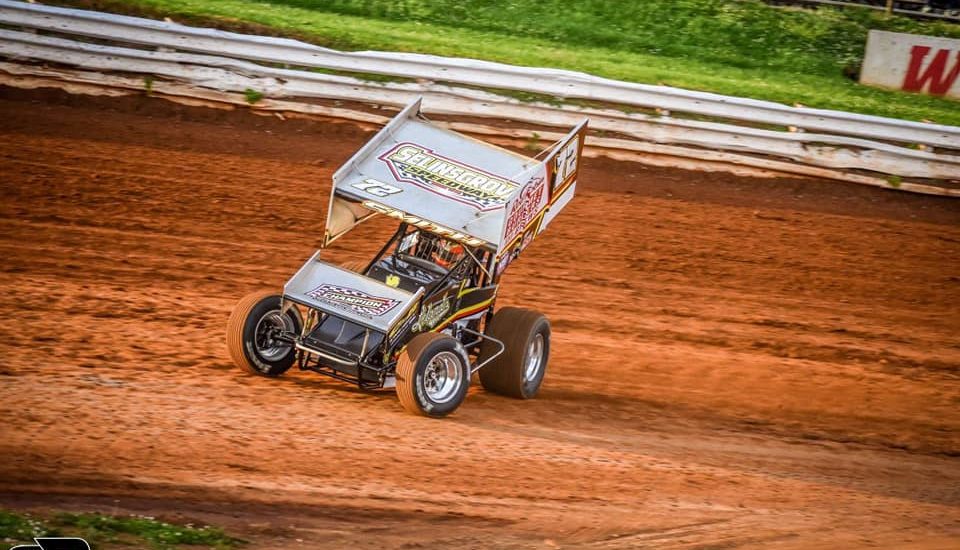 Mandee Pauch Relations – May 29, 2019 –Ryan Smith and the Heffner Racing team had a busy holiday weekend where they collected three solid top-ten finishes with the No.72 machine.

Smith timed sixth, which lined him up on the outside of the front row of the heat. Smith crossed the line in second.

“We rolled off sixth in the feature and passed a few cars on the start and that was really it for passing,” he said. “We held on and finished fourth.”

Friday evening saw the team roll a new car out of the trailer.

“For its first time out, it responded how we liked,” he said. “We made some changes and it went the right way for once so all-in-all it was a good night.”

Saturday and Sunday saw the team at Port Royal Speedway for a double-header featuring the famed Weickert Memorial.

Smith opened the evening on a high note setting quick time in the No.72 machine.

“They inverted the top-six, so we started sixth in the heat and got third,” Smith said.

Based on points from his time trial and heat race efforts, Smith was the high point man. Smith drew the invert pill and drew third.

Smith rolled off on the inside of the second row for the main event.

“The draw put Dietrich and Wagner on the front row,” noted Smith. “I was able to run with them but that was the extent of it.”

Smith capped off Saturday night with a podium finish.

By luck of the draw, Smith rolled out last on Sunday for their time trial session.

“We timed tenth and then it rained,” he added. “We didn’t free the car up enough after it rained. We started third and finished fourth, which put us out of the invert for the feature.”

Smith started on the outside of the sixth row for Sunday’s main event.

“We didn’t make a lot of improvements from the heat,” he said. “The track was different after the rain and we definitely didn’t make the right changes to be able to capitalize.”

Smith closed out the holiday weekend with a 10th-place finish.

The No.72 team will be heading west this weekend to Mansfield Motor Speedway in Ohio for the Sprint Car World Championship where they will be chasing the $100,000 victory against some of the best in business.

“Ben had been a longtime supporter of Greg and has continued with us this year,” Smith said. “He takes care of all our paint jobs and comes to the track and is a great part of the team. They’re great people, the kind of people you need in this sport.”